ARRESTING A SHIP! DARE YOU?

How to arrest a ship?

When a claimant’s goods on a ship is damaged during shipment to the claimant’s destination or if the claimant feel that there is a valid maritime claim and seek to arrest the ship, the claim need to be filed in soonest possible in court. An affidavit to support the claim must be filed to court before a warrant to arrest the ship be issued. The affidavit must consist of a written statement of facts and belief with the sources and grounds thereof giving rise thereof of evidential requirement for the arrest of the ship. At the same time the affidavit must also state certain specified details, such as the nature of the claim and bare assertions are not sufficient – 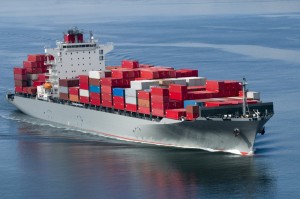 see The Courageous Colocotronis [1978] 2 MLJ 184. The affidavit must also state the parties’ details and the name of the ship to be arrested. There must also be a full and frank disclosure of all material facts for the issue of the writ and warrant of arrest. – see The Hoe Lee 1 MLJ 45; The Andria [1984] 1 All ER 1126.

If it is found that the claim is valid, the court may grant the arrest order   after specified fees had been paid to court, but, the ship can be released if claims are satisfied. However, before a ship can be arrested there is a need to make sure that the Arresting Party’s claim falls under any of the provisions under sections 20(1) and 21 of the Supreme Court Act 1981 of England Wales.

The purpose of arresting the ship in an action in rem is to obtain security to satisfy judgment obtained by a party in the action or of any sum which may become payable to the party under a settlement pursuant to such an agreement (see Rena K [1979] 1 QB 377; The Beldis [1936] P.51). The threat of arresting the ship can provoke the owners into providing voluntary security with intent to seek an amicable settlement of the dispute. The security will ensure the claiming party’s prospects of recovery shall not be hampered by any transfer of ownership in the ship or any financial impecuniosity of the shipowner.

However, to arrest a ship is not a simple task. The law involved is very technical and complicated. It would be a very expensive affair if the ship has been wrongly arrested. Damages can very be hefty, especially, when the ship was losing money due to the detention and loss of business caused by the arrest. So, arrest should only be done as a last resort. In arresting a ship in Malaysia there must be strict compliance with the rules governing admiralty matters provided by Order 70 of the Rules of Court 2012 (previously Order 70 Rules of High Court 1980). 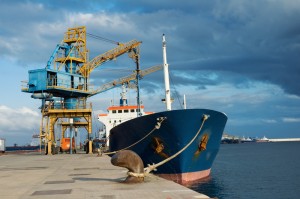 In Kertih Port Sdn. Bhd v. Owners of the Vessel “Shema” (2009), a vessel named Shema was arrested on a claim in a breach of contract case of hire of tugboats. The owners of the ship applied to the court to set aside the writ and warrant of arrest alleging the warrant of arrest was wrongful and was without basis.

The arrest warrant was served on the master of the ship and the legal issue was whether the service of the warrant of arrest on the master of the ship was correct in law. The writ and warrant or arrest was set aside because the law requires the writ and warrant of arrest be served on the property against which the action is brought (Order 70 rule 7 RHC 1980) and this must be by affixing the writ or the warrant on the mast of the ship or on the outside of any suitable part of the ship and this is mandatory because the rules does not provide for other form of service. The English case of The Prins Bernhard [1963] 2 LL 236 where it was stated that, “…it is too great a departure from a recognized and long practice…” when the service on the master was said to be a good service.

Since the strict requirement of the law was not complied with, service of the writ in rem and the warrant of arrest on the master of the ship was defective and had to be set aside.

Have any feedback on arresting a ship?

Tweet
Previous postDo you have a Will? If not, we tell you why you need one! Next post20 Tips to Increase the Success of Your Home Loan’s Application