Have you been maliciously prosecuted in Court?

Home » Articles » Have you been maliciously prosecuted in Court?
Posted by admin, September 3, 2012

“It Was Malicious Prosecution! See you in Court!”

Sitting in a coffeeshop, a man who was seen very angry told his friends who were having some drinks with him that he wanted to sue the police officer who brought embarrassment to him by bringing him to court after both argued over a parking space. This man said, “I wanted to park at the parking space, suddenly the police officer, who at that time was not in uniform, stopped my car from parking my car at the parking space. I only came to know he was a police officer after he handcuffed me in the presence of wife. There was a big curious crowd at that time and I was very embarrassed and helpless.”

One of his friends sitting with him then asked, “Why not you say that he had no authority to stop 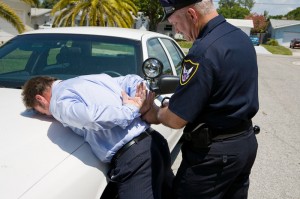 you.” “How can I?” the man replied, “He was a police officer! The police officer said he had reserved the parking space for his girlfriend who would be coming on the way soon! Another friend after some vulgar words by him said “You must teach this police officer a lesson! He had abused his power!” The friend who was still raising his voice then said, “Who he thought he was! Teach him a lesson! I shall get you a good lawyer and sue him!”

It was just coincidental, that the police officer came to the coffeeshop with her girlfriend and the man stood up and pointed his finger at the police officer and shouted, “Who you think you are! You charged me! It was malicious prosecution! See you in court! There was nearly a fight and people around stopped the ugly scene..

Then What is Malicious Prosecution?

An action for malicious prosecution is a remedy for baseless and malicious litigation and is not limited to criminal but may also be brought in response to any baseless and malicious prosecution, whether civil or criminal. An action for damages can only be brought against whom a civil suit or criminal proceeding has been unsuccessfully commenced without probable cause and for a purpose other than that of bringing the alleged offender to justice. The criminal defendant or civil respondent in a baseless and malicious case may later file in civil court for a claim against the parties who took an active role in initiating or encouraging the original case. The defendant in the initial case becomes the plaintiff in the malicious prosecution suit and the plaintiff or prosecutor in the original case becomes the defendant. The case must be filed after the end of the trial of the original case and may involve damages for defamation, false arrest, false imprisonment or unlawful detention. This depends on facts of each case.

baseless and vexatious case. The damages or compensation can at times be very heavy as damages or compensation may include exemplary and or aggravated damages. The public policy that supports the action for malicious prosecution is the discouragement of vexatious litigation. The policy must compete against one that favours the freedom of law enforcement officers, judicial offers, and private citizens to participate and assist in the administration of justice.

Before bringing action, there is a need for the plaintiff to find out whether there are statues giving immunity to certain persons from malicious prosecution for certain acts.

What to Prove in Malicious Prosecution?

To win a suit for malicious prosecution, the plaintiff must prove four elements:

Each of these elements presents a daunting task for the plaintiff.

The Original Case Was Terminated in Favour of the Plaintiff

The Defendant Played an Active Role in the Original Case

It must be proved that the defendant had played an active role in procuring or continuing with the prosecution of the original case and not a mere participant in the original case. It has to be noted that false testimony alone does not constitute malicious prosecution and further, witnesses are immune from suit for defamation even if a lie been told on the witness stand. This is because the concept of a fair and free trial requires that witnesses are to testify without fear of having to defend a defamation suit owing to their testimony. Is this fair?

In malicious prosecution case, the focus is on abuse of court or legal process, not on defamatory and or untruthful statements, but, it has to be noted that if a person helps another person to launch a baseless case or takes action to direct or aid such a case, then, the first person may be held for malicious prosecution. The defendant must be held responsible in institution or continuation of the baseless case. This position of responsibility does not always include criminal prosecutors and civil plaintiffs, for example, if the prosecutor bringing criminal charges is tricked into prosecuting the case by an untruthful third party, the deceiving party should be the one to be found liable for malicious prosecution, not the prosecutor.

The plaintiff must prove that the person who initiated the prosecution did so without any probable cause and this generally means proving that the person did not have a reasonable belief in the plaintiff’s guilt or liability. To examine this, 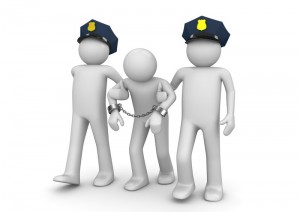 the court need to look into several factors in which may include the reliability of sources, the availability of information, the effort required to obtain information,  opportunities given to the accused person to offer an explanation, the accused’s reputation, the necessity in the original case for speedy judicial action or trial.

It has to be noted that a failure to fully investigate the facts surrounding a case may be sufficient to prove a lack of probable cause. The termination of the original case in favour of the original defendant who now becomes the plaintiff may help to prove a lack of probable cause, but, this may not be a decisive factor on the issue. To win a case for malicious prosecution, the plaintiff need to present enough facts to allow a reasonable person to infer that the defendant acted without a reasonable belief in the plaintiff’s guilt or liability in the beginning or continuing the original case.

The Defendant Initiated or Continued the Original Case with Improper Purpose

The plaintiff in an action for malicious prosecution can recover money from the defendant for certain harm suffered. Typical

injuries may include loss of reputation and credit, humiliation and mental suffering. If the original action was a criminal case, additional harm to be pleaded should include discomfort, injury to health, loss of time and deprivation of society with family.

Other Factors to Be Considered

However There Are Exceptions. What Are They?

Not sure whether you have been maliciously prosecuted?Want to know more about malicious prosecution?

Tweet
Previous post20 Tips to Increase the Success of Your Home Loan’s Application Next postWhat is Developer Interest Bearing Scheme (DIBS), the term used when buying property from a certain developer?