How Bad Lawyering Can Result in wrongful Convictions 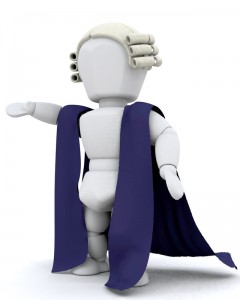 he Constitution guarantees an accused person the right to be defended by a lawyer in a criminal case, there is no guarantee that the lawyer will be effective, thorough and competent. The majority of accused persons, especially those charged with very serious crimes, such as murder and drugs trafficking coming up with tens of thousands of ringgit necessary to hire a well known competent lawyer is simply out of reach. For those who are facing capital punishment, they will then be left with court appointed lawyers whose competency and workload varies widely. These appointed lawyers may not have the competency and experience to handle serious crime cases and accused persons can be left with an almost overburdened and poorly paid, often inexperienced and sometimes incompetent lawyers.

Some experienced lawyers may be appointed but, may at times due to overload of work not be performing well because of the poor fee he may receive from the government. As a result, accused persons may run the risk of wrong convictions. 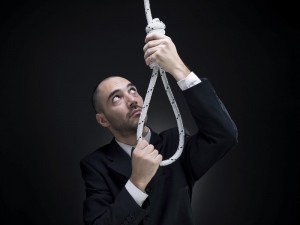 At times, an accused person may be persuaded by his incompetent lawyer to plead guilty in the hope of getting a lighter sentence. What will happen in such a case is that the innocent accused person may simply go to prison for months or even years. Lawyers who lack the confidence in handling their clients’ cases or who are poorly paid may also persuade their clients to plead guilty just to get their files closed.

In the hope to get his client to agree to plead guilty, the lawyer may just mislead his client to say that his case is hopeless when in actual fact there could be a no case at all against his client. The lawyer handling the case may also at times be misled by the investigating officer who may tell his lawyer that the evidence against his client is too strong and the trial will surely end in conviction. So the lawyer will advise that the best option is to plead guilty and to mitigate for a lighter sentence.

There are times the poor accused person may also simply be told that the lawyer will discharge himself from handling the case if he didn’t want to plead guilty. This will leave the poor accused person in a quandary because to spend another few or tens of thousands of ringgit to engage another lawyer would be impossible or out of his mind. There can also be cases when the accused person be told or be misled that the police or enforcement agency are going to charge him with several more charges, when in fact none. He can also be advised by his lawyer that these other “charges” will be dropped if he pleads guilty.

In prison, the accused person may when he could raise money wish to appeal against the conviction and may wish to plead that he was ill advised by his lawyer to plead guilty. Unlike in America, incompetency of lawyers is not a ground for appeal, but, perhaps there could be a ground for appeal if he was mislead or coerced by the police to plead guilty. He can also plead in appeal that the charge was never been properly read and explained to him or he could not understand the charge when read to him, but, the possibility to overturn the conviction on these grounds could be said impossible if at the time he pleaded guilty his lawyer was with him during trial.

In all circumstances, it is difficult to choose a competent lawyer and quality lawyering comes with the ability to pay the lawyers their fees. In present days with high costs in running the law firms, many in the legal profession are struggling. A lawyer may take up the job to defend a client for a nominal fee, but, quality may be compromised because the lawyer may just want to finish the job fast and move on with a new case to survive. Whatever it is, competent and quality lawyering will only come with good fees. To win a criminal case, the ability to engage a competent and skillful lawyer alone may not be enough because there are cases such as computer fraud, homicide and drugs trafficking cases, experts and private investigators may be engaged to dislodge the evidence of the prosecution.

Tweet
Previous postKuching Residential Market Roars (Newsletter) Next postPreparing for Divorce - What you should look out?