6 Things You Should Know About Drug Related Offence and Procedure

This Country has the authority to regulate the use and sale of drugs that are habit-forming and or dangerous. It has adopted criminal laws that make it a crime to have illegal possession, sale or offer to sell controlled substances. A drug-related charge under the Dangerous Drugs Act 1952 can bring death penalty. You could have been framed up or an innocent carrier! 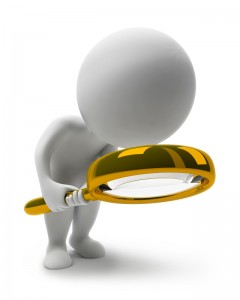 Not all possession of illegal drugs can incriminate you, unless you have knowledge of the drugs. Someone in possession of the drugs may not know that the drugs is present, say for example, cannabis in the jacket pocket, may not know that the drugs is present. In order to prove possession, the prosecution have to identify the drugs precisely – cannabis or amphetamine, for example. Normally this is done by sending the drugs for scientific analysis. When arrested, do not help the
police to identify the drugs – for example, “This is amphetamine”. The police may be able to use your identification and admission or statements as evidence against you.

Evidence of drugs paraphernalia such as scales, packaging and cutting equipment may be used as part of the prosecution evidence. Police evidence on patterns of drug use may be called. This evidence should be contested by calling more sympathetic experts for the defense.

To detect drugs, police may conduct search and can stop and question people whenever they wish, but, they are not supposed to ask questions in order to decide whether or not grounds exist for a search. Police often try to get consent for search by describing a search to you as, “Just routine” search. In fact, routine searches are illegal searches unless they are done with consent. For search without consent, it must be based on “reasonable suspicion”, “credible information” and or upon, “reasonable complaint” made. The grounds for “reasonable suspicion” may be based on furtive or other unusual behaviour, time and place of activity, and tip offs. Belonging to another particular ethnic group, unusual dress or
police knowledge of previous convictions are not reasonable grounds.

Before searching someone against their will, police must:

Evidence acquire in unlawful search is admissible in court. Inviting police onto premises may imply consent to unforeseen circumstances. An invitation onto premises to discuss, say, the loss of a bicycle, could become a drugs search if the police become suspicious. To your embarrassment, visitors to your premises could also be searched.

When you are arrested or called to the police station, it is advisable that you should ask to see a lawyer and never at all sign any form or document to say that you do not need a lawyer. It would only lead to more trouble. If the police officer forced you to sign, complain to his superior immediately or else lodge an official complaint to court or to the Attorney-General’s Office soon you have the opportunity to do so. When police approach you, you may need a neighbour or a friend to be with you to witness what the police were doing before, during and after the search.

Tweet
Previous postStopped by police when driving? Fear not! Next post13 General Crimes That You Should Know