When Can Police Officers Arrest Without a Warrant?

Home » Articles » When Can Police Officers Arrest Without a Warrant?
Posted by admin, March 25, 2013

It has to be observed that although there are provisions under the law giving powers to police officers to arrest without a warrant, an arrest without a warrant should not be made a rule and in each and every case, for the power given is only permissive and not obligatory. It is only when obtaining a warrant of arrest from a magistrate would involve unnecessary delay which might defeat the arrest or which would cause unnecessary delay in effecting the arrest that an arrest without warrant can be justified [ Bir Bhodra v. D.M. Azamgarh, 1959 Cr.LJ 685 (All).

Thus when the incident took place long before the arrest was made and the person who was to be arrested was a fairly known person, the arrest in such a case without a warrant calls for some explanation and if no explanation is offered, it cannot be said that the person arrested who insinuated mala fides to the police was doing much violence to fair reason. It has to be observed that the expressions, “reasonable suspicions” or “credible information” and “may without an order from a Magistrate and without a warrant of arrest” used in section 23(1)(a) of the Criminal Procedure Code contemplates that a police should exercise this discretionary power with circumspection and for the bona fide purpose of preventing the accused person from absconding. It has to be noted that to arrest a person without justification is one of the most serious encroachment into the liberty of a person. Therefore, when a challenge for a detention in police lock-up is made, it is for the police to show to the satisfaction of the court that the custody is not improper – see Ranjit Singh v. State of Pepsu [1959 Cr.LJ 1124 S.C]. Where an accused is not likely to abscond, an arrest without a warrant and without making all immediate possible enquiries from persons present or readily accessible, it cannot be said it was a justifiable arrest under the law – see Dumbell v.Roberts [1944] 1 AER 326 CA.

Although it is not possible to define what is meant by a “reasonable suspicion” or  “reasonable information”, it must be shown that there must be some definite facts tending to throw suspicion on the person arrested. Therefore, if the information is vague or suspicious, or a mere surmise, or a future possibility of getting some evidence etc., then there is no good ground for arresting a suspect without a warrant.

Can the police be the judge to determine what is “reasonable” or “credible”? 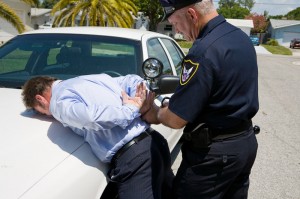 When affecting an arrest, no excessive force should be used by the police against the suspect. Any force if used, should not amount to cause death to the suspect who is not accused of an offence punishable with death or with imprisonment for life. For example, where a suspected thief who has been arrested escapes, the police officer in effecting his re-arrest has no right to shoot the suspected thief to death.

The law also says that when a person submits to the arrest, police officers could not use any force against him anymore and any force used thereafter should be considered unreasonable use of force.

To avoid allegation of misbehavior, arrest of a woman should always be made by a woman police officer and there should be strict regard to decency and if possible the arrest and search should be done in the presence of respectable persons.

Tweet
Previous postCan Police Take You Back to Police Station Once Bail Been Granted? Next postKuching Residential Market Roars (Newsletter)