“I am divorcing my husband. Can I get his share of matrimonial property?” 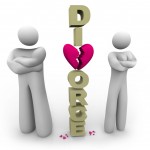 In these modern days, divorce rate is increasing rapidly in Malaysia and it has become a social trend infusing Malaysians,but, this phenomenon is commonly rising among young couples. It is believed that many people are not aware of issues in divorce which may involve and include mediation and litigation between the married couples. Hence, prior to file a divorce proceeding, you must equip yourselves with the knowledge of divorce and matrimonial proceedings. In Malaysia, the Law Reform (Marriage and Divorce) Act 1976 (Act 1976) regulates the non- Muslim marriages. And the Act 1976 is to be read in conjunction with the Divorce and Matrimonial Proceedings Rules 1980. There are commonly 2 types of divorce: Divorce with mutual consent Divorce without mutual consent However, there are cases where unilateral peitition for divorce being filed. That is a petition filed by one spouse only. Here the court may dispense the presence of one of the other party, for example, if there is evidence that the party concerned has migrated and even been served with the divorce petition and other related documents, consents to divorce. The party unable to attend can file an affidavit giving reasons acceptable to the court why he or she could not attend court and consents to the […] read more
Previous Page
« 1 2