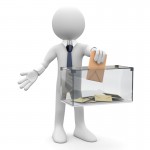 Malaysians with dual citizenship should not be allowed to vote, says lawyer. KUCHING: The Government has been urged to revoke the citizenship of Malaysians holding the citizenship of another country to prevent them from voting in elections in the country. Former Batu Lintang assemblyman Voon Lee Shan said the moment one held the passport of another country, his or her voting right should be automatically revoked. “Once you have become a citizen of another country, you have given up being a citizen of your mother country, meaning to say you are renouucing the Malaysian citizenship.” “However, our problem now is that the Home Ministry is not doing anything about this matter”. “That is why those with common citizenship can still vote in our elections.” Voon said. He was commenting on recent reports in online news portals where Malaysians with dual nationality had allegedly voted in elections. Voon is of the view that the common citizenship concept is no longer applicable now because Malaysia is an independent nation. “The concept is for subject of mother land and her colonies. Bear in mind that we were a British colony before Malaya gained its independence,” said Voon who is a lawyer by profession. […] read more