Malaysians with dual citizenship should not be allowed to vote, says lawyer.

Former Batu Lintang assemblyman Voon Lee Shan said the moment one held the passport of another country, his or her voting right should be automatically revoked.

“However, our problem now is that the Home Ministry is not doing anything about this matter”.

“That is why those with common citizenship can still vote in our elections.” Voon said.

He was commenting on recent reports in online news portals where Malaysians with dual nationality had allegedly voted in elections.

Voon is of the view that the common citizenship concept is no longer applicable now because Malaysia is an independent nation.

“The concept is for subject of mother land and her colonies. Bear in mind that we were a British colony before Malaya gained its independence,” said Voon who is a lawyer by profession.

It is understood that under Article 26(B)(2) of the Federal Constitution, the Government cannot simply deprive anyone of his or her citizenship. This Article is in compliance with the international law that no one can be stateless. 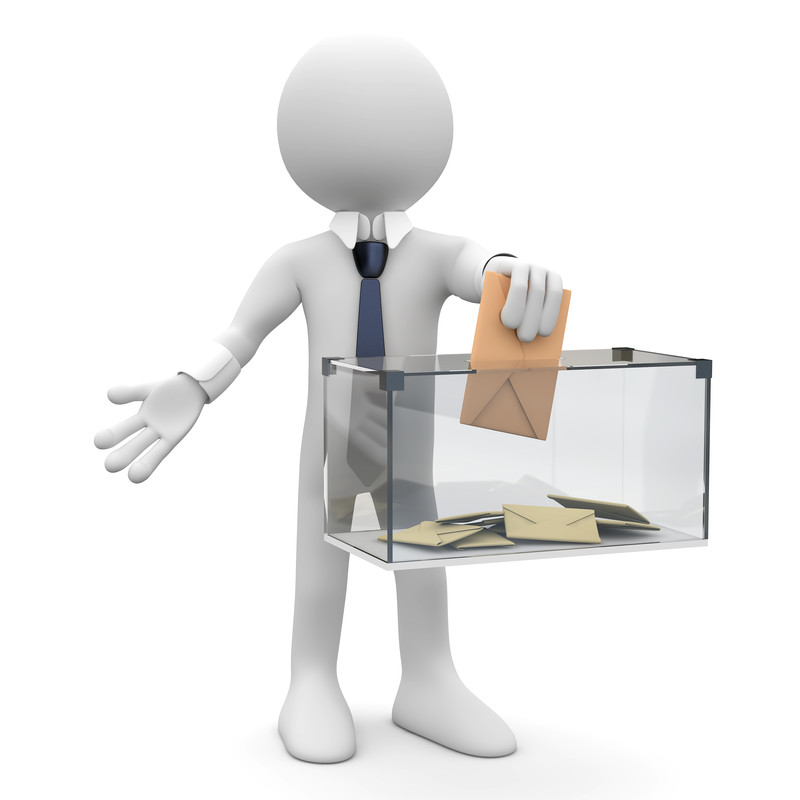 Under Article 23(1), any citizen above the age of 21 and of sound mind may renounce his citizenship to become a citizen of another country.

He said anyone who had become the citizen of another country must inform the Governemtn that he or she had renounced the Malaysian citizenship.

“Even if this is not being done, the Government must still take action against them.” he said.

State Election director Datuk Takun Sunggah confirmed that those with dual nationality could still vote in any elections in the country.

“As long as he still holds Malaysian citizenship, he can still vote.”

“Unless he has surrendered the citizenship, his name will not be deleted from the electoral roll,” he said.

Asked whether they could cast their votes from overseas, Takun replied that at present, only civil servants or full-time government sponsored students overseas could vote by post.

“Of course, they must first register themselves as postal voters.”

“For those with dual nationalities, they have no choice but to come back and cast their votes during elections,” he added.

This article is taken out from publication by The Star, Sarawak on 10th of January, 2012. 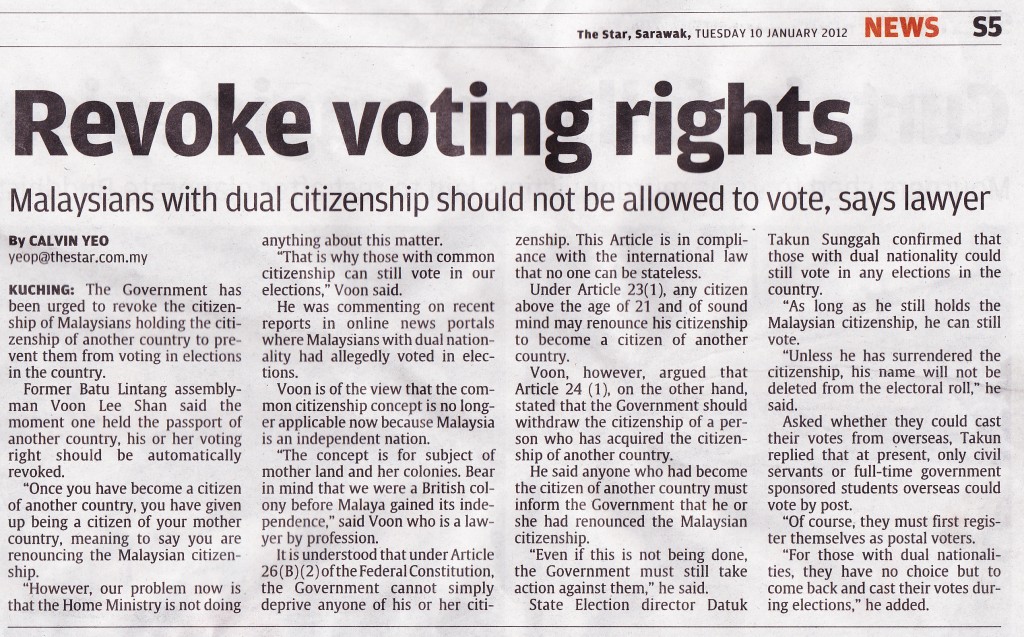