6 Things You Should Know About Drug Related Offence and Procedure 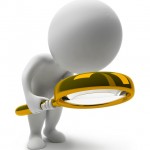 #1 Drug Crimes This Country has the authority to regulate the use and sale of drugs that are habit-forming and or dangerous. It has adopted criminal laws that make it a crime to have illegal possession, sale or offer to sell controlled substances. A drug-related charge under the Dangerous Drugs Act 1952 can bring death penalty. You could have been framed up or an innocent carrier! #2 Possession of Illegal Drugs Not all possession of illegal drugs can incriminate you, unless you have knowledge of the drugs. Someone in possession of the drugs may not know that the drugs is present, say for example, cannabis in the jacket pocket, may not know that the drugs is present. In order to prove possession, the prosecution have to identify the drugs precisely – cannabis or amphetamine, for example. Normally this is done by sending the drugs for scientific analysis. When arrested, do not help the police to identify the drugs – for example, “This is amphetamine”. The police may be able to use your identification and admission or statements as evidence against you. #3 Evidence of Drugs Evidence of drugs paraphernalia such as scales, packaging and cutting equipment may be used as […] read more
Previous Page
« 1 2