Equality of Arms in Criminal Justice

The principle of equality of arms is classified as a sub-principle of fairness, whereby the accuser and the accused must be treated equally before the law. This approach is clearly endorsed in various instruments of international tribunals, and is reflected in the right to legal counsel at the expense of the Tribunal where the accused is indigent, the presumption of innocence and the requirement that guilt must be proven beyond reasonable doubt.

The International Convention on Civil and Political Rights (“ICCPR”) is one of the most important instruments that codifies civil and human rights including the right to a fair trial, in which, has been adopted by most countries of the world and Malaysia, being a member of the United Nations should make this ICCPR as part of our law. As could be observed the right to “equality of arms” is enshrined in the ICCPR and these rights include four fundamental fair trial principles: 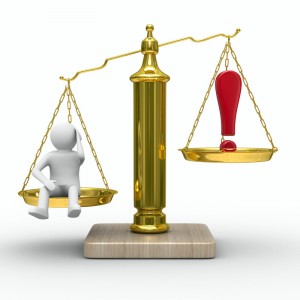 When trial is to be held, for equality of arm to be a reality the court has a duty to ensure that the defence be given equal opportunities and time to prepare the trial of its case. What time is considered adequate depends very much on the circumstances of the case. But, in Malaysia, with the recent imposition of KPI and the pursuits of statistics, lawyers had complained among themselves that they could hardly find adequate time to prepare their cases with clients. Inadequacy of preparation of a case could lead to inefficiency and wrong verdicts pronounced by the court. Dissatisfied litigants will have to spend more money to appeal to higher tribunals, but for poor litigants they may not be able to see justice.

No Equality of Resources In Criminal Trials

A more difficult question is whether equality of arms also requires equality of resources between the parties. This has been a problem for all these while for the defence in criminal trials. The accused person is lucky if he could afford to engage a good lawyer. It is quite a common thing that many accused persons had to act on their own and only at the mercy of the prosecutors and the court. In defending a criminal trial, the defence normally lacks resources such as legal journals at disposals and manpower to do research work. The defence also find it difficult to have access to the archives, files and information kept by government departments, in which the prosecution could easy have them at their fingertips. Although it is clear that the question of equality of arms cannot be reduced to an exact equation, however, there must, in the least, be an approximate equality in terms of resources and any substantial inequality will call into question the fairness of the trial. Although this is not a question of mathematics but, of ensuring that the accused has adequate resources to defend the particular case.

Procedural Equality Before the Court

Equality of arms is also a principle in law that in a trial, the defence and the prosecution must have procedural equality that is, equal access to the court. For example, both the defence and the prosecution must have access and knowledge of forensic evidence with possibility of challenging this evidence. This does not necessarily connotes any equality of means and resources. In preparation of trials, the prosecution with the advantage of government resources such as access and availability of government vehicles, drivers, investigators and other resources could enjoy investigation and preparation of their cases more effectively than the defence in which the defence normally lacks of.

Equality of arms and equality of means is crucial to protect human rights of the defendants and also to ensure the legitimacy of court decisions. The prosecution should not be allowed to abuse their power and the judges have to ensure that the trial is fair and everyone before the court is to be treated equally.

In the words of Robert H. Jackson (Chief Counsel for the United States at the Nuremberg Tribunal):

Tweet
Previous postNo Will? Think again whether you should have one. Next postWhat Risks You Face If You Sell Off Your Car When You Could Not Carry On Payments of Installments?